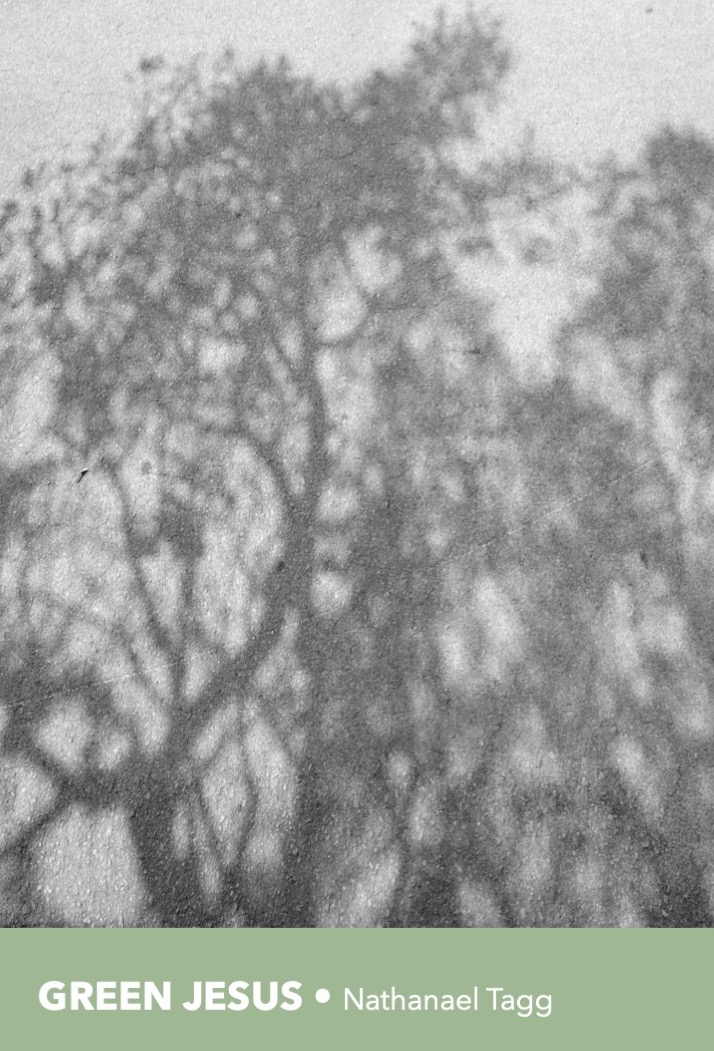 In Green Jesus, Nathanael Tagg's second collection of poetry, readers encounter a trinity: spiritual, environmental, and relational. The book is inspired by Tagg's growing up in evangelical Christianity and expanding his worldview thanks to education, nature, writing, long-distance running, marriage, and parenthood. This coming-of-age story not only touches on disillusionment and rebirth; it also highlights the amusing ironies of continuity between then and now, sacred and secular, parent and child, intellectual and athletic, human and nonhuman, historical and contemporary, and so forth. Although stories and identities may break down upon closer inspection, many pieces-if not held too tightly-are still usable and valuable.

"To read Tagg's collection of poems is to enter the luminous boundary land between body, spirit and earth. It is a place where the complex intimacies of a human life-a newborn daughter, a past faith, a world in jeopardy-are gifted new meaning by the song of a blue whale, a grove of redwoods, the 'olfactory genius' of a bear. With each line, Tagg leads us over new horizons of sense and thought, 'spying common ground heretofore unseen.' An urgent and beautiful journey."-John T. Price

"'He can neither believe, nor be comfortable in his unbelief,' Hawthorne wrote of Melville, 'and he is too honest and courageous not to try to do one or the other.' In his unflinchingly honest earthly and heavenly confrontation Green Jesus, Tagg excavates and reburies his Christian evangelical faith and what he calls his 'agnosticism about my agnosticism,' moving toward a belief in what he calls a 'green Jesus': 'something like a god of the eco-conscious,' 'the Christ of oak and sycamore taxing skin, bone, blood.' Confronting with the furor of a jeremiad an 'Evil Trinity' that includes climate change-'Your wildlings: / rising seas and storms, fires / and floods, droughts, reefs (skeletal)'-Tagg celebrates blue whale, sturgeon, the olfactory system of the bear, Jesus lizard 'running on water,' and finds in Whitman's 'hopeful green stuff woven' of the living and not-yet-perished world both a loss and a recovery of Belief, 'a cross dis- or reappearing.'"-Bruce Beasley

"In over 60 well-crafted poems, Tagg gives us a sustained meditation on American history, 21st century life, and the possibility of faith-and does so without didacticism, without obvious debt to other poets, and, most remarkably, without too much cynicism. I hope this is one volume of many from Tagg. Green Jesus feels like the beginning of a library full of such meditations, and in an era of vain tweets and empty hashtags, we could use such a library."-Aaron Belz