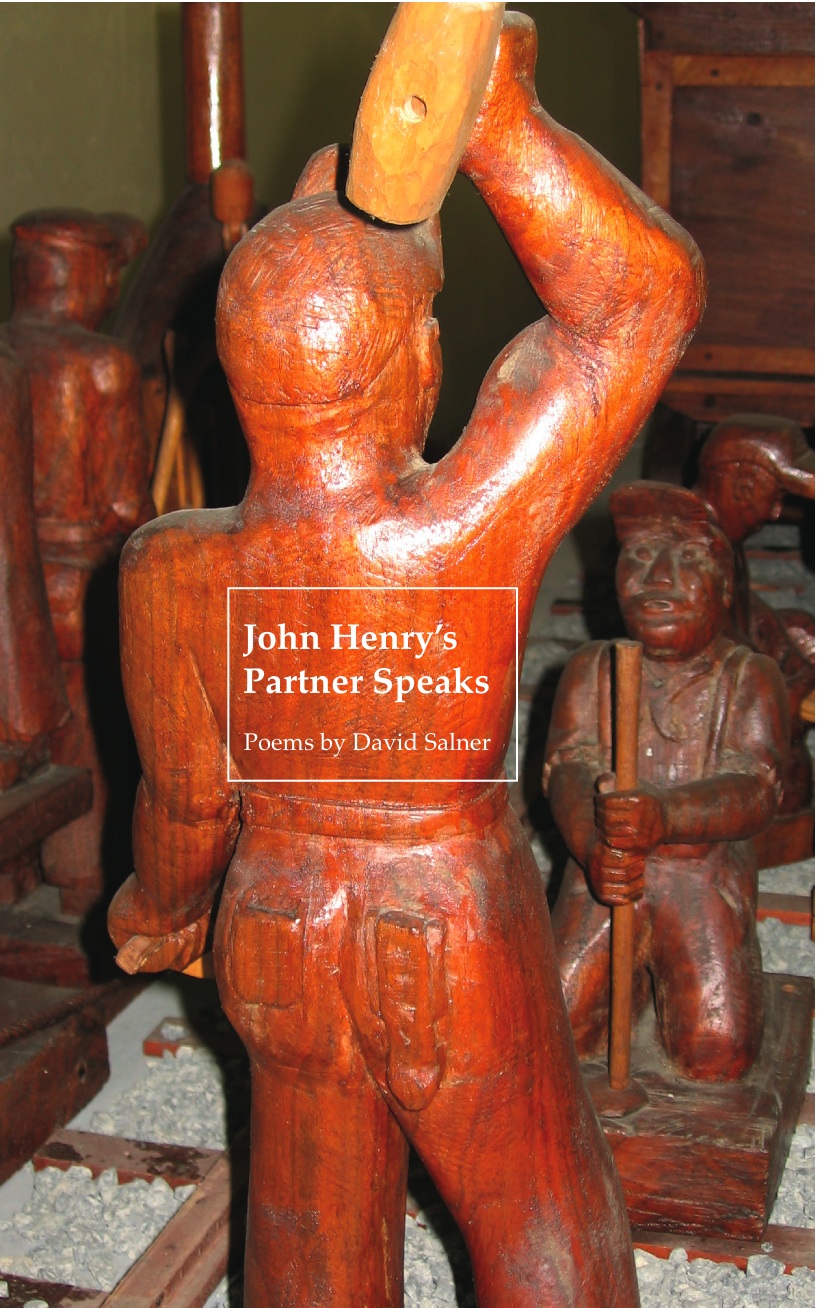 John Henry’s Partner Speaks by David Salner is a vivid testament to the lives of working people. In the title poem, Salner creates a narrative with intensely lyrical passages: “we sang/and the hammer would have the last word.”

Theres still that thrill of reading a poemlike John Henry’s Partner Speaks, that reminds me of what seemed so promising about poetry and how it could interpret the world for, and to, me. I’m so grateful that that thrill is still possible…”—Michael Lally, author of March 18, 2003

David Salners John Henry’s Partner Speaks is an important addition to working class literature. Through the voice of Phil Henderson, Salner portrays the incredibly difficult lives of the working men who toiled with John Henry, and explores the complex story behind the legend. The details in these poems are rich and evocative; the poem is full of anguish and struggle—and survival.”—Jim Daniels, author of Show and Tell: New and Selected Poems, and Detroit Tales

David Salner’s poetry is deeply influenced by the people he knew during the 25 years he worked at manual trades. An iron ore miner, furnace tender, power plant laborer, machinist, and garment worker, he lived in Minnesota, Arizona, Utah, and for many years in West Virginia, Before becoming an industrial worker, Salner completed an MFA degree at the University of Iowa Writers’ Workshop. The author of three previous books, he received a Puffin Foundation grant to study the real history behind the John Henry myth. His work has appeared in Threepenny Review, Prairie Schooner, The Literary Review, North American Review, Southern Humanities Review, Free Lunch, Poetry Daily, and many other journals. In recent years, Salner has taught English as a second language; he currently works as a librarian. He lives in Frederick, MD with his wife, Barbara Greenway, a high school English teacher.