Reasons to Hate the Sky, Poems by Stuart Bartow 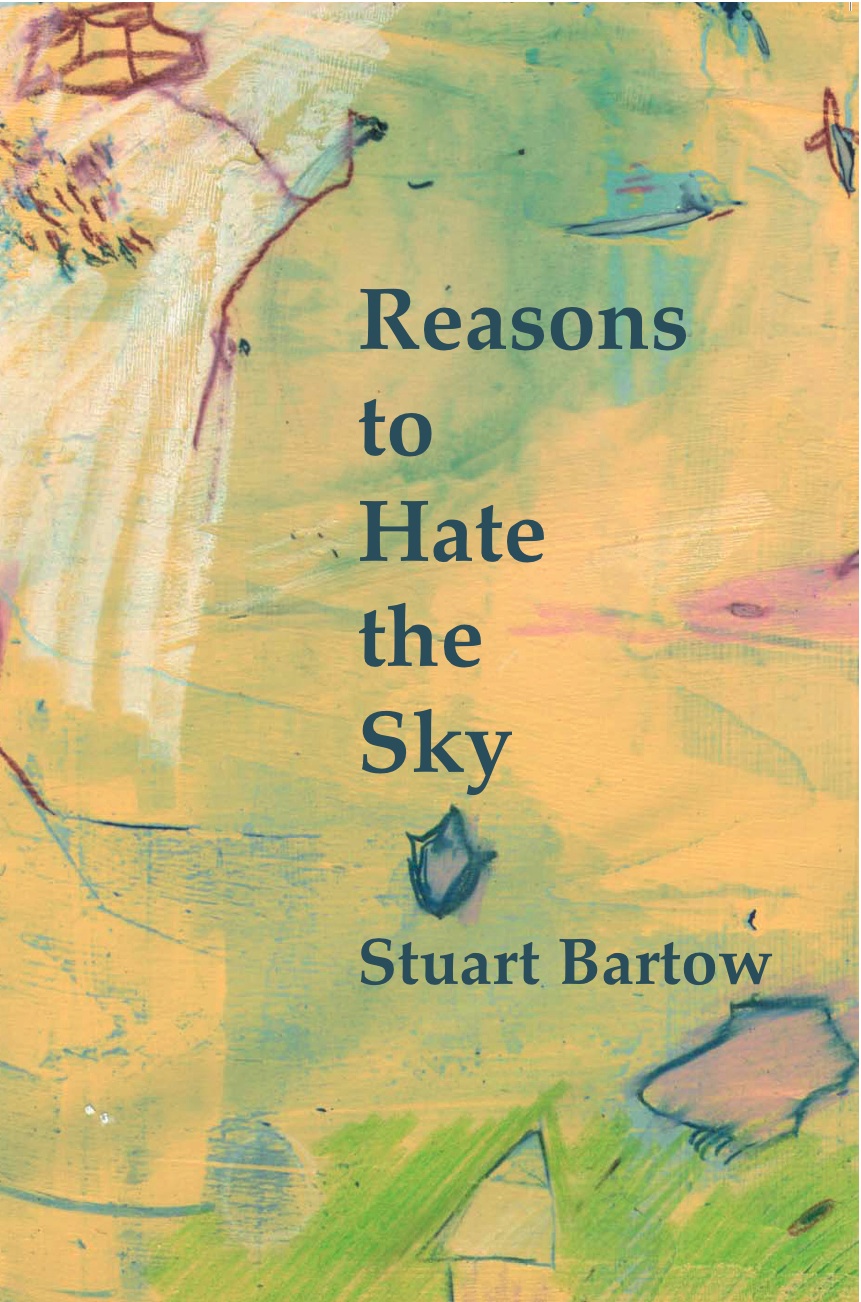 Stuart Bartow's Reasons to Hate the Sky is a book with the curmudgeon's secret love of what he professes to hate: "I hate birds because/robins in the morning/are so joyful/their lilt makes me homesick/when I’m home."

"Stuart Bartow’s Reasons to Hate the Sky is a love song. The poems in it dance with the rawness of the open heart and trace the lineaments of an unseen order–in the image of a cardinal impaled on the poet’s grill, or that of a mummy reading the hieroglyph of his destiny in the celestial mechanics of the stars. These poems do not reach for meanings, so much as they attempt to marry opposites–to touch 'the secret wheels of intelligence' buried in us all."--Paul Pines, author of Adrift on Blinding Light and My Brother’s Madness

"The American humorist Jack Handey has written: 'What is it about a beautiful sunny afternoon, with the birds singing and the wind rustling through the leaves, that makes you want to get drunk?' Through this one-liner, Handey could have been writing the blurb for Stuart Bartow’s Reasons to Hate the Sky. Bartow plucks each aviary symbol of its pretensions, revitalizing the poet’s tried and true metaphor of bird and flight into something entirely new, something unexpected, something wholly honest. Bartow’s Reasons to Hate the Sky is a book about regrets and resignation, pleasure and hope. The poems are finely crafted, irreverent, timeless."--Denise Duhamel

Stuart Bartow is the author of Whelk and the chapbooks White Ravens, The Perseids, The Stars Belong to No One, Sleeping through Seasons, and As Armless Messengers Wake. He teaches at Adirondack Community College and lives in trout-fishing heaven, Salem, New York.